In a perfect world, we would connect every sensor and chip directly to the cloud, where compute power and storage are maximal. Even when forgetting costs and intermittent connectivity, bandwidth and latency will always have an upper theoretical limit in the end due to the laws of physics, whatever technology may arise. Since you can’t upload all the data captured on the field to the cloud (such as all data from all sensors captured every nanosecond), you need an edge layer to select what to upload to maximize your global data processing and analytics capabilities.

The IoT concept is now a reality in modern factories, since even legacy systems can be upgraded or connected to devices that act as a bridge to the cloud for advance data analytics and artificial intelligence (AI) modelling. At the frontier of the networks, at the last mile of connectivity, lies the edge devices.

Edge technology is most needed for critical operations, where latency could result in stoppage, hazards, or worse. The human body does this for the reflex arc, where muscles can be controlled by local systems instead of the brain for a quick and efficient reaction. When automating, you want full reliability, and edge devices can solve this challenge by acting as decentralized or distributed automation nodes.

With smart edge devices such as the Intelligent Edge of Microsoft, that can do more than just buffer the data and transmit it when connectivity is up, you can host applications and models of intelligent solutions (such as AI and machine learning, or just rule-based algorithms), which will be able to analyze data in real time to act fast and control the machines even when connectivity drops.

To maximize efficiency and scalability, but also reduce cost and improve energy efficiency, edge devices can also upload curated data to the cloud as needed, where advanced models will be created with all the data and the large processing power of supercomputing. Once trained, the updated models will be sent back to the edge devices.

Other advantages of edge devices include privacy and data security: by definition, the data that you choose not to send out of the factory cannot be hacked outside of the factory. There’s still risk with physical access, but it’s much more controllable.

The edge isn’t the ‘new thing’ that is going to replace cloud. But when combining the advantages of the edge with the advantages of cloud you’ll maximize your global computing power, storage and network usage through the synergy of these different layers. 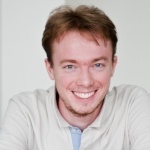