Understanding the Basics of RPA 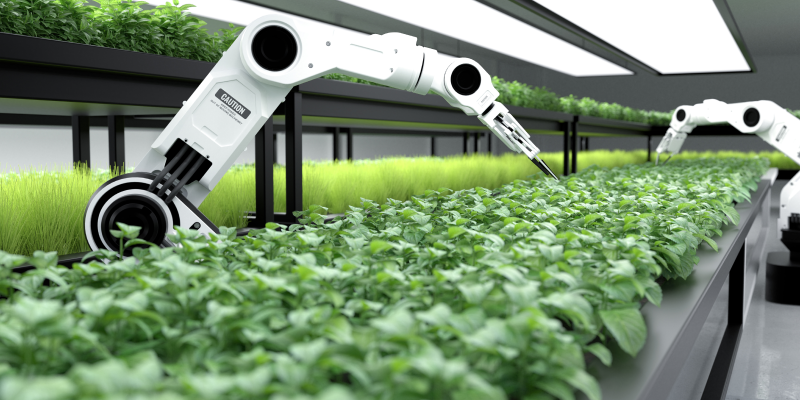 RPA, machine learning, AI - these three terms are often confused for one another. And while these terms do overlap to an extent, they are still very distinct from one another.

This little article will illustrate the differences and similarities between the three while mainly focusing on RPA. We’ll also explain how it works and how it can be implemented to support your business. So, without further ado, let’s crack straight into it.

What is Robotic Process Automation?

Right off the bat, the title already tells you what RPA stands for. But, what does that mean?

It means that it is, essentially, a system that allows for the automation of high-volume, repetitive tasks. RPA is, basically, a robot (bot, for short) that can replicate interaction between a human and a computer.

However, being an artificial, automated construct, it can perform the tasks handed to it much faster, much more efficiently, and accurately.

This, in turn, frees up the human to deal with more complicated or creative tasks, knowing that the robotic process automation software they put in place will quickly do any follow-up work required.

What Can it Do?

So, what can RPA do? How is it implemented, and how does it make our lives easier?

Like we said, RPA software is used to automate high-volume, mundane tasks. In essence, any task that follows certain rules or a particular format can be automated via RPA.

So, for example, robotic process automation can handle filling out invoices or reports, jobs that typically require inputting a lot of info and require a good dose of precision.

However, this does not mean RPA can do everything for you. Tasks that require decision-making, complex tasks, or introduce many variables are ill-suited for this kind of system.

RPA bots necessitate precise instructions, and introducing a variable will most certainly break them, rendering them unable to complete the task.

What Is the Difference Between RPA and AI?

This inability for bots to handle variables is the primary difference between RPA and AI learning.

RPA is essentially just a robot, akin to the robot arms used in factories on assembly lines.

These bots can only perform specific tasks precisely as they’re programmed to do. RPA cannot learn - it can only follow instructions or mimic a human performing a task.

In contrast, AI can, indeed, “learn” in a fundamental sense of the word. This means that an AI can adjust to variables and solve them without input from a human and learn to recognize patterns and apply them to a problem rather than crudely follow a set path. This ability is why AI has been widely used by manufacturers to reduce downtime in production, as well as minimize operating costs with predictive maintenance.

Robotic process automation cannot do this and will require recalibration every time something within the system in which it operates changes.

For example, if you require your bot to send files to a particular directory, and calibrate it to keep sending files of the same type, then either change the location of a directory or the file type.

The bot will stop functioning, as it won’t know what to do with the file or where to put it. This is why, when setting up an automation robot, it is imperative that you assign tasks it can easily understand and that don’t change on a case-to-case basis.

Where Is it Used?

So, what are the most common uses for robotic process automation?

Like we said several times already, this technology is used to automate repetitive tasks. This, in turn, makes it very useful in various ecosystems, where precision and speed are of the essence in handling a large workload and improving workflow.

Robots in healthcare help streamline both the patient admission process and the billing process. Many companies, both big and small, use it often within their HR departments.

Does Robotic Process Automation Require Specialized Knowledge to Install or Use?

The answer to this question might come as a surprise - no, it doesn’t. While creating a bot does require coding skills, most of these RPAs do not require the user to be “an IT guy” to use it.

This is one of the most significant benefits of RPA and the greatest reason why so many businesses are drawn to it. Ever since the technology was created, numerous bots have been made to handle a wide variety of tasks.

And the best part - they can be installed and configured through user-friendly software without any specialized training, allowing your employees to quickly and easily set up a system. Not only that but these robotic process automation bots can be calibrated via mimicking a human performing a task, after which they will take over on their own.

One final point that explains why RPAs are so desirable is the availability of free or affordable versions. Though not possessing the capacity of more powerful versions, these bots are very useful for smaller businesses, as these powerful bots can be pretty expensive.

However, they offer ROI within 12 months of use due to all their streamlined work.

And that’s about it for the basics of RPA technology. Though we may not notice it (possibly because we take it for granted), automation technology is a big part of our lives. It makes them considerably more comfortable and leaves us with more time for our endeavors.

However, many will ask themselves:” But, what does that mean for the future? What does it mean in terms of job security? If everything is automated, then that means many people will lose their jobs, doesn’t it?”.

Well, no - that is not the case. We must remember that this technology was made by people, for people - it is simply there to give us a helping hand, not replace us.

How Can Steel Production Reduce Costs by Using AI in Manufacturing

Managing Your Warehouse with Logistics Automation