Reducing Downtime in Production With AI 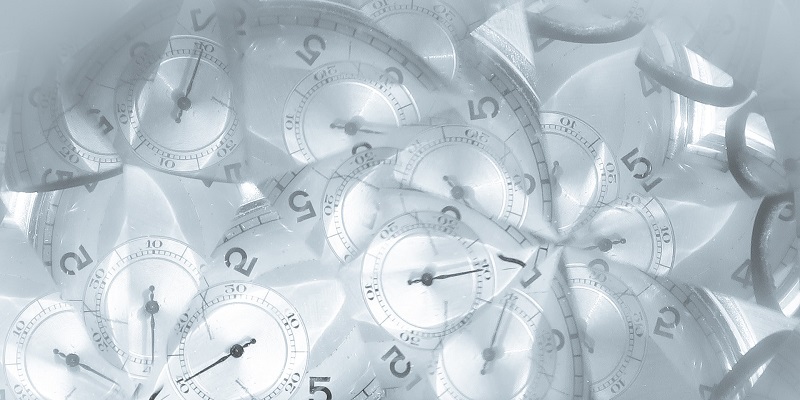 A broken machine is one of the worst things that can happen in industrial manufacturing. The production has to stop until the problem is resolved, which is often followed by long and costly downtimes. Regular maintenance is no better because it comes with downtimes even when there are no issues to resolve.

Manufacturers have been looking for ways to minimize downtime and increase ROI for a long time. The latest technological advancements in artificial intelligence and machine learning can help eliminate downtimes through modern business practices. Read more about reducing downtimes in this article.

Before the invention of AI and ML, manufacturers had to plan maintenance and other activities that stopped production. There are three types of maintenance - prompt, planned and predicted. Of course, some of them have shorter downtimes than others, but they all have an equally negative impact on production. Let's look at each type and explain how they affect production.

Prompt maintenance is the worst of all three because it comes with the longest downtimes. It's needed whenever a machine breaks down, halting production. Unplanned maintenance takes the most time because engineers need time to find the cause and replace needed parts.

It's a reactive method that leads to high maintenance costs that could damage your operation beyond repair. Some industrial machinery takes a long time to repair, which can keep your production at a standstill for weeks.

Planned maintenance is a widely used method to ensure that all machinery keeps working as it should. Manufacturers plan maintenance efforts at certain periods, usually a few times a year, to reduce the chances of unplanned breakdowns. The problem here is that production has to go through downtimes even if everything is working perfectly.

Engineers inspect the machinery and replace worn-out parts before they break down completely. The process can take days or even weeks to complete, depending on the complexity of the machinery. It's not as costly as prompt maintenance, but you need a stock of replacement parts to minimize the downtime.

Predictive maintenance is the modern approach to minimizing downtimes in production. This method uses data collected from all machinery. An AI solution closely analyzes incoming data and monitors all machines in manufacturing.

Whenever it finds inconsistencies in machinery efficiency, the AI can predict the exact time when the machine will break down. Of course, the AI can figure that way before the machine stops working, leaving engineers with enough time to prepare the repairs with minimal downtimes. Machine learning systems become more accurate over time, allowing manufacturers to all but eliminate maintenance downtimes.

Production downtimes can be caused by reasons other than faulty machinery. Bad optimization can reduce efficiency and seriously damage ROI in the long run. Here are some of the most common reasons that cause machine failure and production downtimes.

No matter how hard you try, you can't escape downtimes due to setup, tooling changes, part changes, software adaptation, etc. Some upgrades simply require the production equipment to stop working. The problem is that those changes often take too much time due to a lack of analysis and measurements.

Some machines cost businesses thousands of dollars every hour while they are out of order. If you don't prepare the adaptation process correctly, the downtime can be significantly longer than it should. However, many businesses struggle to analyze, store and gain insights from available data, which leads to increased downtimes.

Unlike machines, humans get tired, and they make errors that can halt production. Overworked employees are one of the main reasons for machine failure. If the issues are not dealt with on time, the original problem can quickly damage other machinery and lead to long downtimes.

Manufacturers can keep working as long as they have enough material. The smallest disruptions in the supply chain can lead to extended downtimes. Just remember the global problems caused by one ship that got stuck in the Suez Canal a few years ago. Material delivery was postponed by a few weeks, which forced manufacturers far and wide to stop production.

The bottom line is - if the resources don't make it to the production facility on time, the production will have to stop. Knowing which materials are running out can help you order a new batch on time to eliminate downtime.

Maintenance is one of the most common reasons for production downtime. Too much or too little maintenance can extend downtimes and seriously damage ROI. That's where AI can help streamline maintenance efforts to reduce costs and downtimes.

AI and ML can help tackle every machine individually with the use of tiny sensors that collect data. That way, the system can predict when a machine will break down, eliminating unplanned downtime. AI is far more accurate than any human. It helps manufacturers identify areas that need improvements and find solutions to increase efficiency and productivity.

The Role of AI in Reducing Manufacturing Downtimes

Traditional operation optimization techniques worked for decades, but they lacked accuracy and efficiency.  However, with the increase of computing power, AI solutions slowly found a way into most business practices and industries. There are many artificial intelligence solutions designed to improve productivity and minimize downtimes available today.

AI plays the primary role in predictive maintenance. It uses data generated by your operations to find gaps and propose better solutions to improve efficiency. The data comes from all machines and embedded systems, and the AI filters it and identifies the areas that need improvement.

It can help minimize downtimes on all sides of the production line through monitoring practices. It keeps a close eye on every machine, material, and other element used in production. For example, it can predict the exact day when a machine will stop working or when the production runs out of materials.

Once it finds issues, the AI notifies the manager, leaving plenty of time to mitigate issues before they arise. The biggest manufacturers already use this technique because it proved to be most effective for reducing downtimes.

AI-powered technologies are already changing how entire industries operate by predicting future events. Predictive maintenance is taking the world by storm, and it will soon become the only way of improving performance and increasing efficiency. Here are some industries that have already adopted the predictive approach to improving their operations.

A German company called Deutsche Bahn is working closely with Siemens to create a smart system that helps improve train repairs. The system uses IoT sensors and algorithms to find patterns in train behavior and minimize downtimes due to maintenance. The system monitors all trains, tracks, and other parts to find potential issues and eliminate maintenance downtimes.

BMW, Audi, and most other automotive industry leaders use AI to make better design and business decisions. They collect data from production lines, as well as the vehicles on the road, and send it to a powerful AI. The AI then runs detailed analytics and identifies areas where there's still room to increase efficiency. That includes everything from production to supply chain optimization.

It's almost certain that robots are the future of warehousing. Human workers will only have to monitor an otherwise automated process run by warehousing robots. Machines will do most of the work, but they will also collect data and propose solutions to make the entire system more efficient.

As mentioned above, downtimes are a part of any manufacturing process. However, with the right technologies in place, manufacturers can reduce downtimes caused by lack of materials and faulty machinery tenfold.

AI-powered solutions can help identify issues and propose solutions before production comes to a stop, using a practice called predictive maintenance. Moreover, it can make informed decisions that help increase business efficiency on all fronts. We can't wait to see where this new technology will lead us in the next few years.

Forging knowledge - The best method to build your AI solution